This post is mainly written for two people. Two complete strangers. Two people who will probably never stumble upon this blog post. It would be lovely if they did, but even if they don’t,  I feel compelled to write it anyway…

Today was ‘one of those days’. I’ve not had one for a while, so I suppose I was long overdue. It began well enough. I stood and witnessed the solar eclipse through light cloudy skies, while my neighbour chopped up wood in his shed!!! Watch the eclipse or make a shelf? My neighbour clearly has different priorities to mine. But he probably has a few more shelves. Then while the moon was still creeping in front of the sun I set off to work. Art therapy sessions is my current Friday morning job, so with my box of arty tricks packed I leapt into Clara and off we went. Crawling up the hill into Alfreton I noticed Clara’s fuel gauge was rather low. Trundling down the hill out of Alfreton and apparently her tank was a quarter full. Every bump and bend made the temperamental gauge moved up and down like a yo-yo, which was a little unnerving.  Work wasn’t really that far away, but I thought just to be safe, I’d call for fuel on the way.

On the A38 slip-road towards Ripley Clara began to splutter 😯 Her fuel gauge was just below a quarter still. I reached the junction at the bottom of the slip-road and the spluttering returned. Before turning onto the island I waited to see if Clara was ok and all seemed fine. I then indicated, pulled out onto the island and Clara suddenly died. Shit, I couldn’t stop here. I was right in the middle of a pretty busy traffic island!!! I tried to start Clara but she was having none of it. Shit, shit, shit… It had to be fuel, it just had to be. Even though the gauge was still showing me fuel, I was suspecting otherwise. Shit, shit, shit…

I left a hastily written note on Clara’s dashboard, popped her hazards on, and armed with a fuel-can, I began the walk to the nearest garage. In a car this was usually a two minute journey,  but boy was it a long way on foot. This was going to take me ages. Or it would have done, were it not for random stranger number 1. I’d just rung work to tell them of my predicament,  when a van pulled up alongside. The guy asked if it was my campervan back on the island and promptly offered me a lift to the garage.

The guy then told me of a nearer garage to where Clara had conked out, so he promptly turned around and offered to take me to that one instead.

At the garage I thanked the guy again and hopped out of his van, but not before the random stranger had offered to drive me all the way back to Clara after I’d got my fuel!!!

And he did just that. Despite me offering to leap out at any convenient spot, my random stranger drove me right up to Clara, he pulled up right in the middle of the traffic island and took a huge amount of road-rage for doing so. I really couldn’t thank this guy enough. So whoever you are random stranger number 1, I salute you for your random act of kindness 🙂

I was now eager to get Clara fueled and to get her moved from the island. I was thankful noboby had actually hit her. With the fuel-can emptied I was just about to climb inside when random stranger number 2 rocked up. A large AA van stopped in front of Clara and a guy leapt out. I wasn’t even in the AA 😯 My AA man was on his way to a job, but as he’s a fellow VW campervan owner he simply couldn’t drive by without stopping. I told him what had happened, and that hopefully all was now sorted.

‘If you give her a try and I’ll hang on just in case she doesn’t start.’

‘Don’t worry mate. I’ll tow you off the island to somewhere safe and I’ll take a look. She’s a really nice van.‘

‘Really? Thanks very much…‘

So with tow-rope attached we began the short journey to a hotel car park just up the road, but not before a policecar had spotted us. He overtook us, slowed down a wee bit, put his flashing lights on and actually escorted us down the road a short way. What the hell was happening today? Why were people being so amazingly kind? The eclipse maybe???

In the car park I thanked my helpful stranger number 2 and told him I’d have a fiddle around with Clara to hopefully get her started again. The guy looked at his watch, assessed how late he was for his job and then asked me how accessible Clara’s engine was. Minutes later Clara’s air-filter had been removed, sprayed with some ‘magic’ and Clara was alive once more. Random stranger number 2 then wished me all the best and drove off into the sunset. Once again, I really can’t thank this mystery person enough. Whoever you are, you were truly amazing and I salute you also 🙂

And why did Clara breakdown? Expert mechanic that I am is suspecting that Clara was  low on fuel, but not empty. I’m guessing that some crap in the fuel tank had been dislodged and had clogged the fuel-filter. Which would explain why she didn’t start even after refueling… Or something along those lines 😉 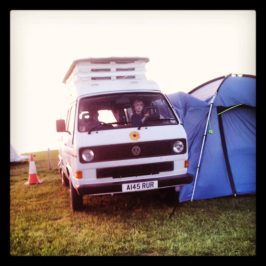 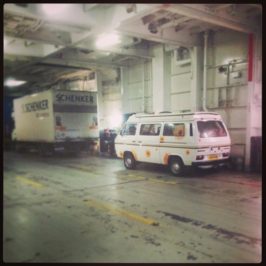 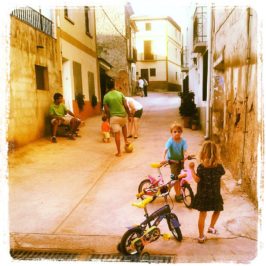 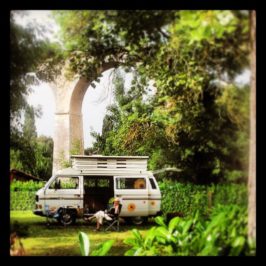 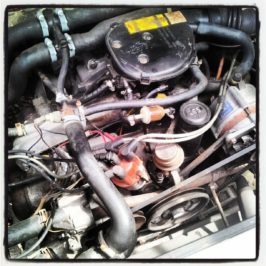 With ‘Clara goes to Spain’ looming large on the horizon, last weekend gave us one... 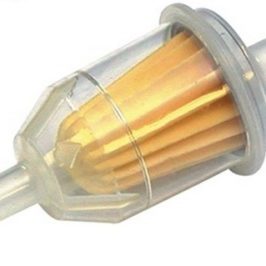