The last few weeks I’ve been completely hooked on The Great British Bake Off. A fab show, but ever since the programme started I’ve had cravings for cakes, meringues, pies, pastries, breads, tarts & quiches. The day after the show & I’d want them 🙄 But not just to eat (although that was probably the main reason!!!), I actually wanted to make them as well. The more complicated the recipe, the more I wanted to make it. I do like a challenge…

So this weekend I’d decided to give the oh so fiddly & buttery croissants a go, but then ran out of time. So instead, to satisfy my baking urges, I knocked out some crumpets. And they’re actually really easy to make.

Put milk & water into a bread-maker, then add the flour & salt. Make a well in the centre of the flour & tip in the yeast. Set the bread-maker to a basic dough setting & leave it to it. After an hour switch the bread-maker off and tip the batter/dough into a large jug. Place 4 greased metal rings into a greased frying pan and heat your pan. You’ll need your gas or electric set almost to max, otherwise your crumpets won’t bubble. When the pan is hot, pour batter into your rings to about 1cm high. They should instantly begin to bubble. Move and turn them so that each crumpet cooks evenly. When cooked your crumpets should have a dry & holey surface & browned bottom. Flip them out, turn them over and slightly brown in the pan. Next weekend I may attempt a simple croque-en-bouche 🙂 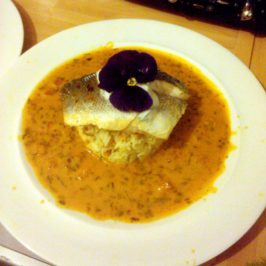 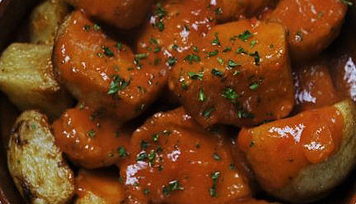 Mainly for Pat, who’s been nagging me for this recipe for ages and partly because... 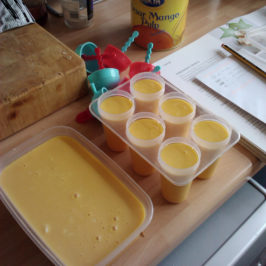 By popular demand, here’s my mango kulfi recipe. For those who don’t know, kulfi is... 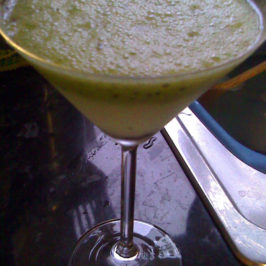 In a continued effort to make a dent in our Tequila mountain 😯 Kiwi &...

Last night’s Eurovision party gave me the dubious choice between Belgium, Hungary or Turkey and...