Trans update time, with a wee hint of politics too ? So where am I currently, with this complicated little gender transition? Well I’m just approaching eight weeks since I started taking my HRT patches and as you can see, changes, if indeed there are any, are somewhat subtle 🙂

To be fair, I am currently on a fairly low dose, to see how my body copes with the medication, so changes  will be slow at first. After my latest blood test this week, unless anything untoward shows up, I’ll probably get my HRT dosage upped. From then on, I’ll hopefully start to notice a few changes. Body fat should begin to redistribute, softening my face, adding a few curves here and there and generally shifting my male body shape into something a lot more feminine. Skin and hair will soften, breast growth will start and a few other unwanted items will shrink. Muscle mass will also shrink, so right now I’m currently rather butchly opening as many stubborn jars & bottles before I’m no longer able to ? Aside from the physical changes, the HRT may also affect my moods, energy and motivation, but as I’m already a massive up and down moody bugger, I’m not too sure if anyone would notice anything different there 🙄

Even though nothing has noticeably altered yet, it does feel lovely and refreshing to be finally doing something ‘proper’. Something that will physically affect my body and my gender. Finally shifting me from male to female. Yes internally, mentally, I’ve been largely female for years and years, but outwardly I haven’t. And even after I decided to transition, which is scarily approaching two years ago now, the conflict between my inward gender and my exterior gender has continued to be really tough.

Almost two years since I completely switched to Steph, yet I’m still getting Steve from a few people. He, his and him still crops up instead of she, hers and her. I’ve even got some people who are clearly uncomfortable being seen with me 🙄 I never thought this would bother me quite as much as it does and yes I do appreciate how hard it must be if people have known me for a long time. So hopefully a few subtle physical changes may help this issue a wee bit. If not I’m going to start carrying a large ‘Steph – She – Hers – Her’ sign around with me.

So looking forward to 2020, I ‘may’ and that is a very big may; I may finally get my initial NHS appointment at a gender clinic. An appointment I’ve been waiting for since early March 2018. The Nottingham clinic told me their wait was over two years, the clinic in Sheffield have recently stopped promising any time frame as their waiting list continues to grow and grow at an alarming rate. I’m referred to both clinics. Whichever offers me an appointment first, I’ll go to. I may get to one of them next year, I may not… If I don’t and I’m really not counting chickens just yet, I’ll save my hard earned pennies and pay for another private GenderCare appointment, to continue with my transition. I used GenderCare earlier this year and they’ve been brilliant. It does annoy me intensely that the NHS waiting times force me to do this, but if I hadn’t sought and paid for private appointments earlier this year, I’d be still minus any appointments, minus any HRT medication and absolutely nowhere into my long transition. I just doesn’t bear thinking about! Expecting someone to wait over two years to get NHS treatment is absolutely insane. It’s no great surprise when you read how high the suicide rate is within the trans community.

Which all leads to my dip into politics… The UK election is now just one week away and there’s been plenty of talk about this county’s beloved, brilliant, but hopelessly under-funded NHS. Our National Health Service is admired globally and quite rightly so, but it’s been financially neglected for many many years now. Funding has lessened year after year, staff are under-paid and horribly over-worked, which explains why our beloved NHS is now at breaking point.

This is why I’ve been waiting two years and probably a lot longer beyond that, for an appointment to deal with my gender transition. Patient to staff ratios are insane and the system can’t cope. So patients are expected to patiently wait, for years!!! Being trans isn’t a whimsical lifestyle choice. It’s a recognised condition that can seriously mess with your life. Many people suffer from gender related issues and many people sadly live a largely miserable messed up life, too afraid to confront the problem. Realising and accepting what’s wrong with you mentally and physically is one thing. Deciding to do something about it, to finally sort your life out is another massive step… You seek the help you need and then you’re told to hang on for a few years!!! Absolutely insane.

So for our current government  (the less said about them the better!!!) the solution would be to sell our NHS to the highest private bidder. They’ve obviously denied that they’ll ever do this, but they will. It’s sadly rather inevitable. Which would then leave this country with a totally private health care system. This might improve things massively. Staff levels may increase, people may be better paid, services may improve. I really couldn’t fault the private service I received this year through GenderCare, I really couldn’t, but I had to pay for it, and that’s my big issue here. I don’t earn large amounts of money, but as I was so desperate to sort my health situation out I found a way of paying. Some people simply can’t do this, which means health care will soon be available to only those who can afford to pay for it. This, in my view, is so massively wrong.

As an example and there are a few hypothetical points here, but if the Tories do sadly get back in (and I have a million other reasons why they shouldn’t) and if the NHS does get sold and privatised, that could quite easily end my gender transition. I’m fairly early on in my transition and I would normally expect a lot of appointments, tests, treatment and surgery along the way. If this suddenly turned into a pay only service, the chances are this would be massively out of my price range. Trans people in America currently face huge costs for HRT medication, sugery, hair removal, counselling sessions etc. A rough estimate is anywhere from $50,000 up to $100,000 to correct a gender condition.

For most of my life I’ve lived in a very gloomy dark tunnel, with no apparent exit. These last few years, since beginning my gender transition, I’ve seen a light in my tunnel and a way out for the very first time. A privatised NHS would end all of this for me and all the other trans people who can’t afford to pay. All rather sobering… So if any undecided voter still needs persuading, they you go 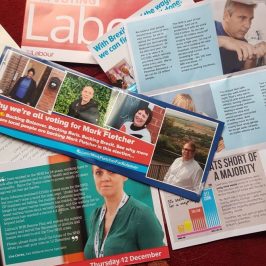 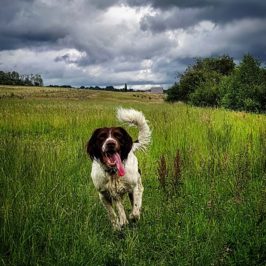 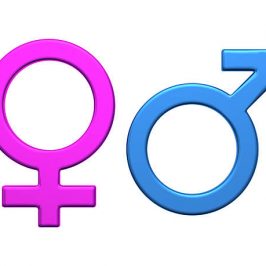 A rather strange but very apt analogy A transgender update… It’s been a while since...